7 Things I Learned at The Cheerleading Worlds 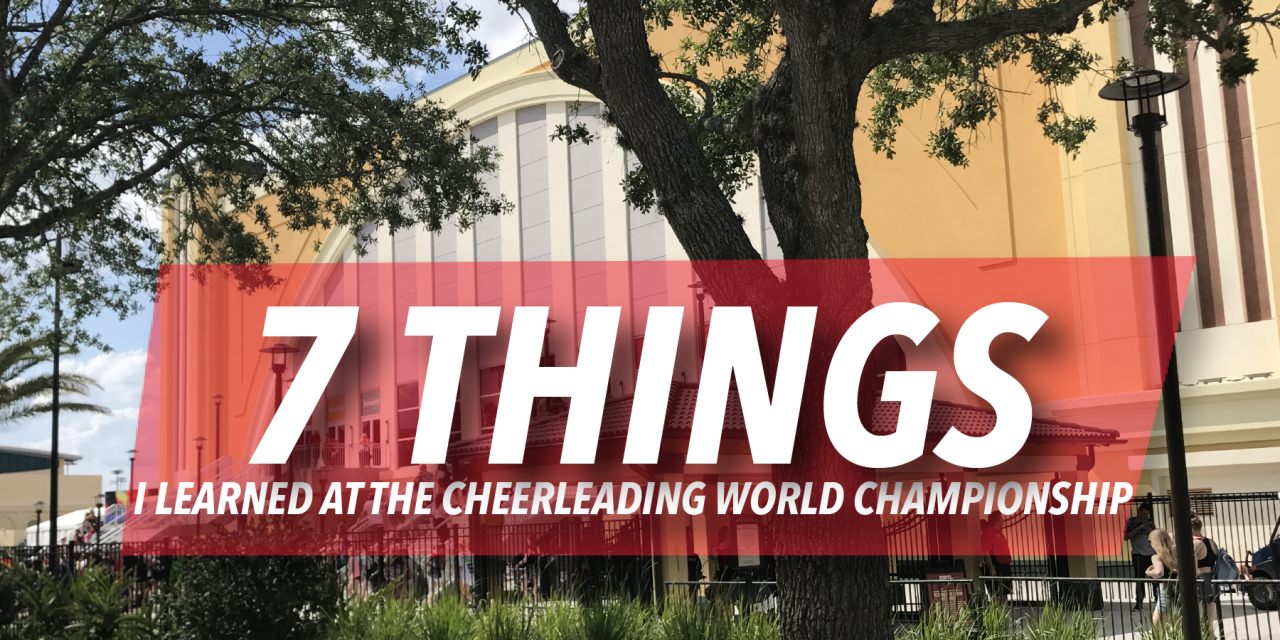 ORLANDO, FL – The Cheerleading Worlds hosted by the USASF marks the culmination of the all star cheerleading competition season each year.  Annually, the most elite athletes and teams make the voyage from nearly every state in the U.S. and many countries around the world.  This mecca like meeting in Orlando has become a right of passage for athletes who train their entire adolescent lives to compete on the industry’s biggest stage.  Every season spectators, and fans of the sport across the globe are treated to the very best that cheerleading has to offer in terms of elite level cheerleading.

Covering our sixth consecutive World Championship, we have seen and experienced the gambit.  However, each year, we leave with new perspective having learned new things through the experiences of that championship weekend. 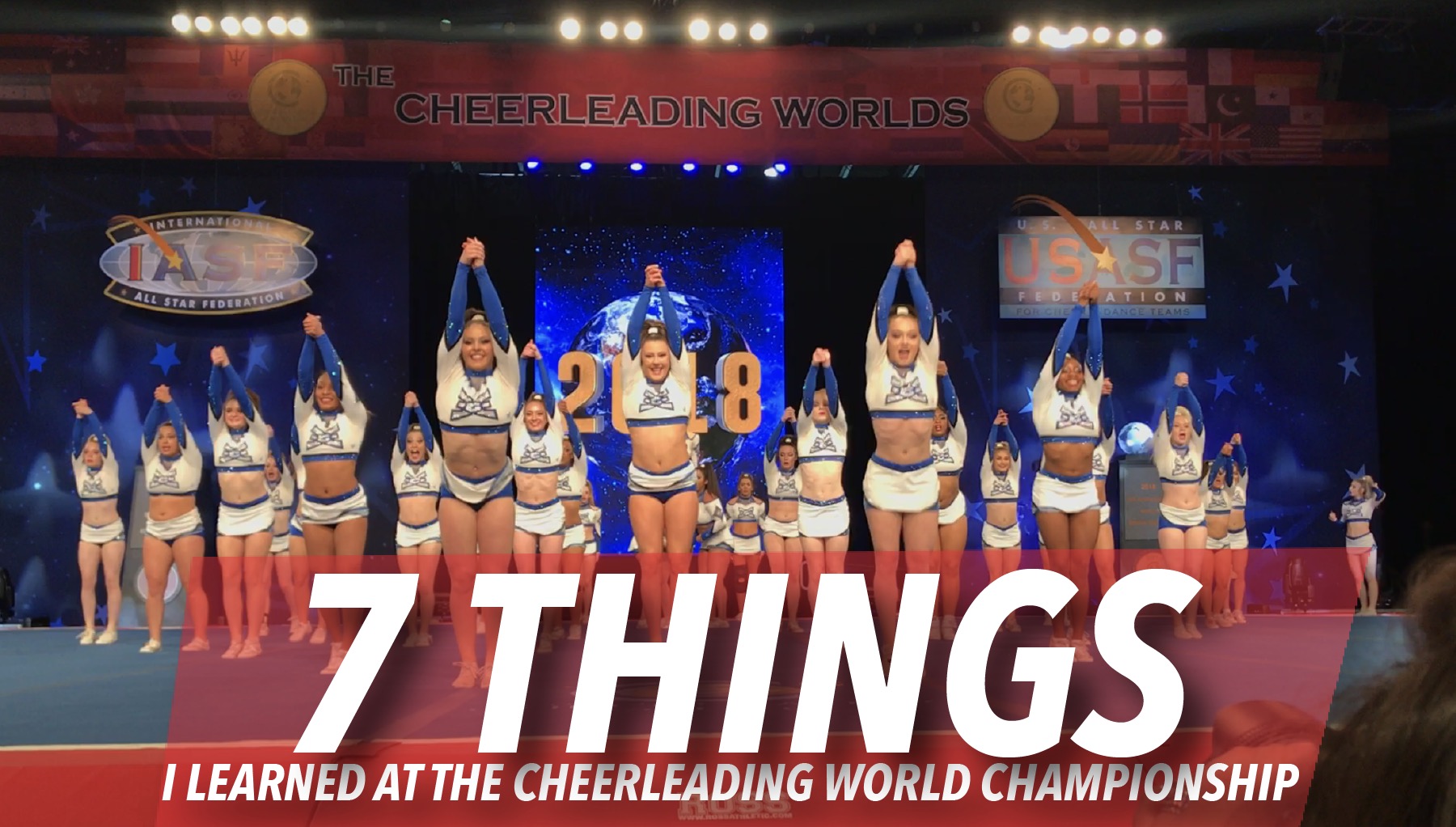 #1  Sportsmanship is alive, and well.

Despite the antics that play out on social media, sportsmanship took center stage at The 2018 Cheerleading Worlds.  The saying “it starts at the the top” is true!  The emulation of coaches behavior, who for the most part admire, appreciate, and respect their counterpart opponent coaches was clearly evident.  The genuine celebration of the athleticism, and ability to execute when it counts played out many times over the weekend.  It was a welcome sight, because it’s important to remember that if we don’t celebrate each other… who will?

At no point in the weekend was there a lack of enthusiasm for our sport.  From the Senior Large All Girl 5 Divisions to the brand-new Senior Extra Small Coed 5 these teams have found a way to connect and grow their fan bases.

#3  A great season, means nothing.

Everyone loves an upset, albeit some people do not love it quite as much.  The 2018 Cheerleading Worlds serves as a reminder that regardless of your teams record coming into the event at past championships, or during the regular season… anything can and will happen.  Just ask newly crowned World Champions University Cheer Force Firestorm in Senior Extra Small Coed 5, who entered into the event not ranking above 34th at any previous World Championship.

#4  Teams were not “fronting” when they posted about how ready they were for Worlds this year.

A record number of “Hit” routines were awarded the coveted “YOU JUST HIT” gif from cheerUPDATES at The 2018 Cheerleading Worlds.  Yes, we all see it every year as the weeks turn into days, it seems that everyone says they’re ready.. this year, they came through on that promise.

#5  The USASF despite running one event a year, continues to improve at event production.

Incorporating a new venue into an event like The Cheerleading Worlds can be daunting.  Why break what is not broken?  The USASF seamlessly eliminated the use of tents, and opened The Arena at the 2018 event flawlessly.  The staff was relentlessly prepared across all aspects of crowd control throughout all venues.  Fans especially welcomed back the front-row addition of priority viewing in The Arena, something that has been absent in the HP Field House at past events.

#6  There’s nothing like watching a coach, when their routine hits at Worlds.

I will never forget, with vivid detail watching Elaine Pascale & Joelle Antico on Day 1 and Day 2 as their World Cup Shooting Stars put on a production. Courtney Smith Pope as we watched, her watch, her daughter take the worlds stage for the first time with Cheer Extreme Senior Elite. Or Kareem Albritton as his Twist & Shout Diamonds executed two of cheerleading’s most memorable routines of all time.  So many times over the weekend we watched coaches collapse with complete elation, relief, and emotion as their athletes called on months of rigorous training to execute some of cheerleading’s most iconic and beautiful routines on the world’s biggest stage.

#7  The Fan Favorites still come away a winner, regardless of ranking.

All Star Cheerleading has developed a cult like fanbase.  Fans will remain fiercely loyal to their number one picks regardless of placement.  If you have or are able to develop a fanbase, they will carry you through the good and the bad, through the wins and the losses.  Many times this weekend these seasonal, or longtime fan favorites were celebrated and mentioned long after mention of the division winner.

There’s nothing quite like The Cheerleading Worlds.  Annually, we get the opportunity to have a front row view to the best routines in cheerleading, and share in the emotional experiences that complete the “what” that all star cheerleading has become.  Until next years event, thank-you for a truly spectacular display of athleticism, cheerleading, and humanity.

Learn more about The Cheerleading Worlds, and see the Results from the 2018 Event here. 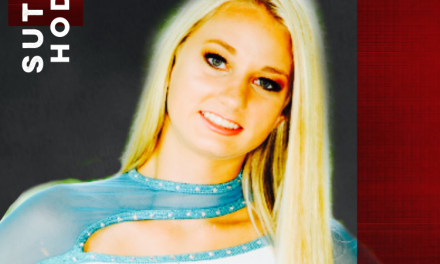 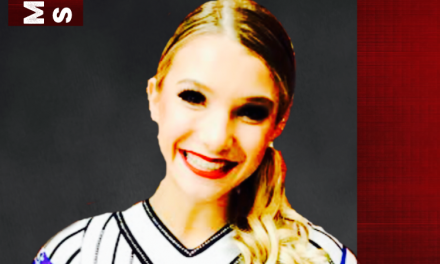 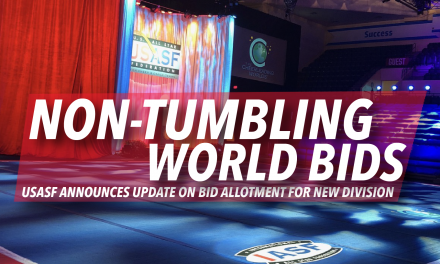