TAMPA, FL –  “BSB” three letters that cheerleading fans instantly understand, and hold in high regard.  Brandon Senior Black (BSB), of the Brandon All Stars, in the first months of the 2019-2020 season has left the industry memorized.  Today’s generation of cheerleading athletes & fans probably adore the dominant level of perfection that is exhibited, but it is doubtful that most fully grasp the successful history of the Florida based team, who emerged on the national scene in 2005.

Tradition in Excellence since the Start

The team bolsters one of the most consistent and successful track records of any team in cheerleading.  Brandon Senior Black has finished on the podium at The Cheerleading World Championships in nine of the last eleven years, cementing their place in cheerleading history.

What it’s like to be an athlete on Brandon Senior Black.

Alexis B. is a high-school sophomore, and rookie to the Brandon Senior Black (BSB) roster for the 2019-2020 season.  She describes Senior Black as “the team I have dreamed to be on, since I was a little girl.”  Understanding the history and caliber of the team, Alexis expected “nonstop full-outs, conditioning, and sometimes late nights” but goes on to describe her experience as “just a bunch of kids that have an overwhelming love for this sport (cheerleading), that are inspired by coaches that give back the same energy.”  While she admits that practices are “definitely a push”, when pressed upon how BSB has attained the effortless epitome of perfection in technique she adds, “that’s just how we’re taught.”  For Alexis and the rest of BSB a typical practice consists of coming in early to warm up stunts, followed by an hour-long team tumbling class.  After everything is warmed up, “we start doing full-outs” the team averages three full-outs per practice.  The approaching of perfection in technique is not gained through overlooking even the smallest of execution issues, Alexis continues, “following the full-outs, we address any potential problems observed by our coaches.”  The team rounds out their intense practice with more conditioning.

Alexis, as a rookie, joins Brandon Senior Black (BSB) with the machine already in motion.  We asked her about the pressure that can be expected with such a high-profile team, and she had this to say, “yes, there is a ton of pressure, the standards that people expect when they see BSB are high.”  But continued by adding, “it’s nothing that we cannot handle.  Competing is what we train for” so like many top athletes “just remember to breathe take the routine piece by piece, and do what we came to do.”  Alexis added that the total confidence she has in her teammates makes handling the pressure to meet the expectation even easier.

Zach G. is a three year veteran of Brandon Senior Black and a Freshman in college.  While this year’s BSB team, like many before, is on the cusp of literally achieving perfection from a technical standpoint, staying focused and pushing harder requires a bit of internal motivation.  Veteran Zach, says of past defeats, “I use that as my fuel to keep going at practice.”  He adds, “Senior Black’s mindset is to never give up an inch and to be technically perfect.”  That mindset is attributed to the team’s coaching staff he says.  What Zach and his BSB teammates have achieved thus far this season is the product of hard work and dedication, he adds “my teammates surround me with their motivation for greatness, and that keeps pushing me to the next level.”

Tania  G. is a four year veteran of the Brandon Senior Black team.  This athlete and college freshman, describes the team’s coaches as one of the most pivotal and defining unique factors that make BSB both fully able and different.  Taina describes the coaches ability to bond a team as one of their greatest strengths.  “Every season, they find the best twenty-two (athletes) and turn them  into a family.”  The coaches “push us to limits we did not even know we could reach, finding new ways at every practice to make us better and even stronger.”  The coaching staff, comprised of Joslynne Harrod, Kyle Armstrong, and Erica Crawford all bring a unique focus to the team, describes Tania. “All of their mindsets working together is what has allowed BSB to become one of the top teams in the world.”  While being a part of one of cheerleading’s premier teams is hard work, it is apparent that their greatest strength is their bond as teammates.  Tania of her coaches adds, “somehow they find a different way to bond with us each season like attending team bonding events, playing UNO, or just joking around with us.”

Competing at the highest level comes with high-stakes matchups every season.  Brandon Senior Black has experienced both great victory, and great defeat on the industry’s biggest stages.  Tania on coping with defeat says, “I coped with not getting the gold medal knowing that my team did the best that we could, with what we had.”  She added that knowing that they would come back stronger in the next season aided in keeping her and her teammates moving forward from the loss.  “Our coaches tell us that nothing comes easily, and that nothing is ever perfect, or that there is always ways that we can be better.”  Staying rooted and humble through success and defeat has become a trademark of the Brandon Senior Black team over the years.  Taina reminds us that “a win does not define us, and we always strive to do our best.”

Brandon Senior Black is arguably one of the least problematic teams in cheerleading.  Tania says the team, “has never been on social media that much, until last year”.  She adds that their coaches are strict in guiding them on the appropriateness of what and what not to post.  The team steers clear of negativity, the veteran adds, “we all know what it (negativity) does to teams that do engage in it.”

Taina finishes by saying, “we really just want everyone to enjoy the experience we bring to the mat, not what we post.”  Brandon Senior Black has made left an endless impression on cheerleading, and we know fans across the world will continue knowing their name, spelling it out “B-R-A-N-D-O-N” into 2020 and for years to come. 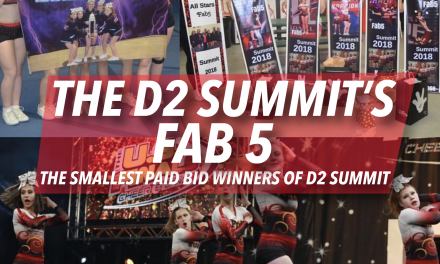 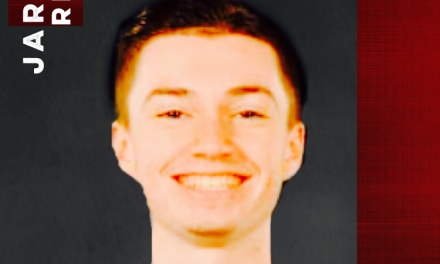 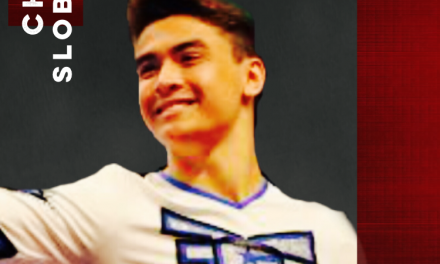 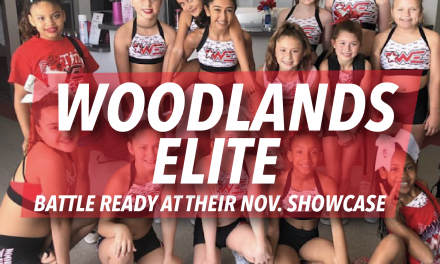