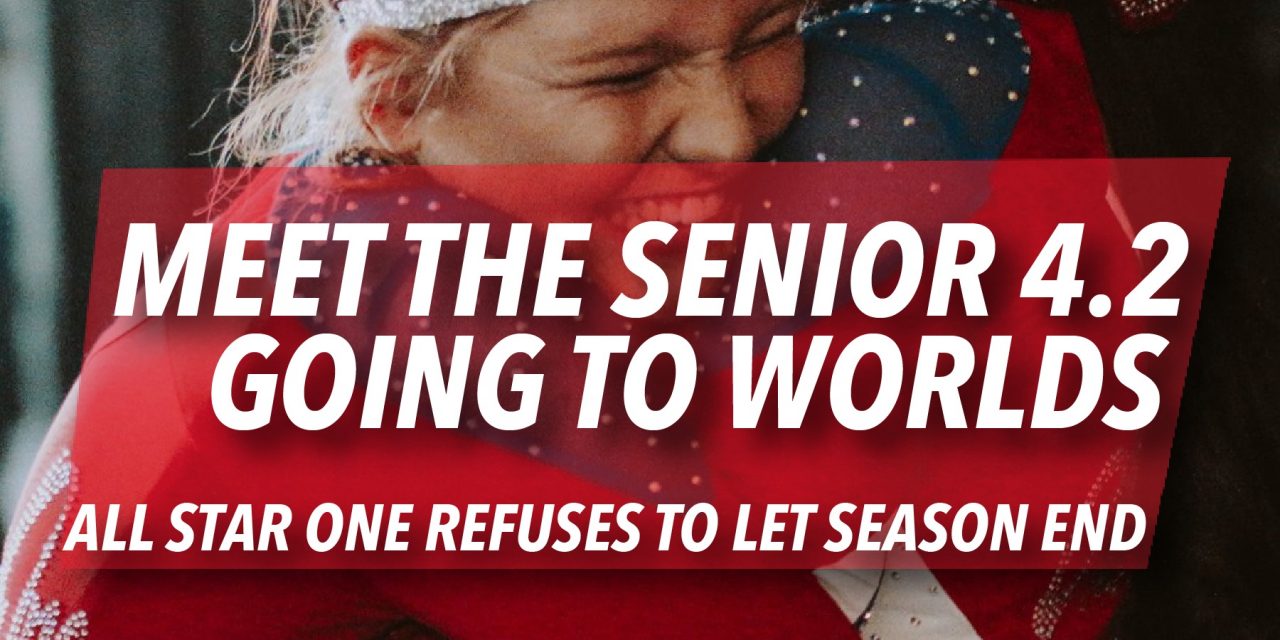 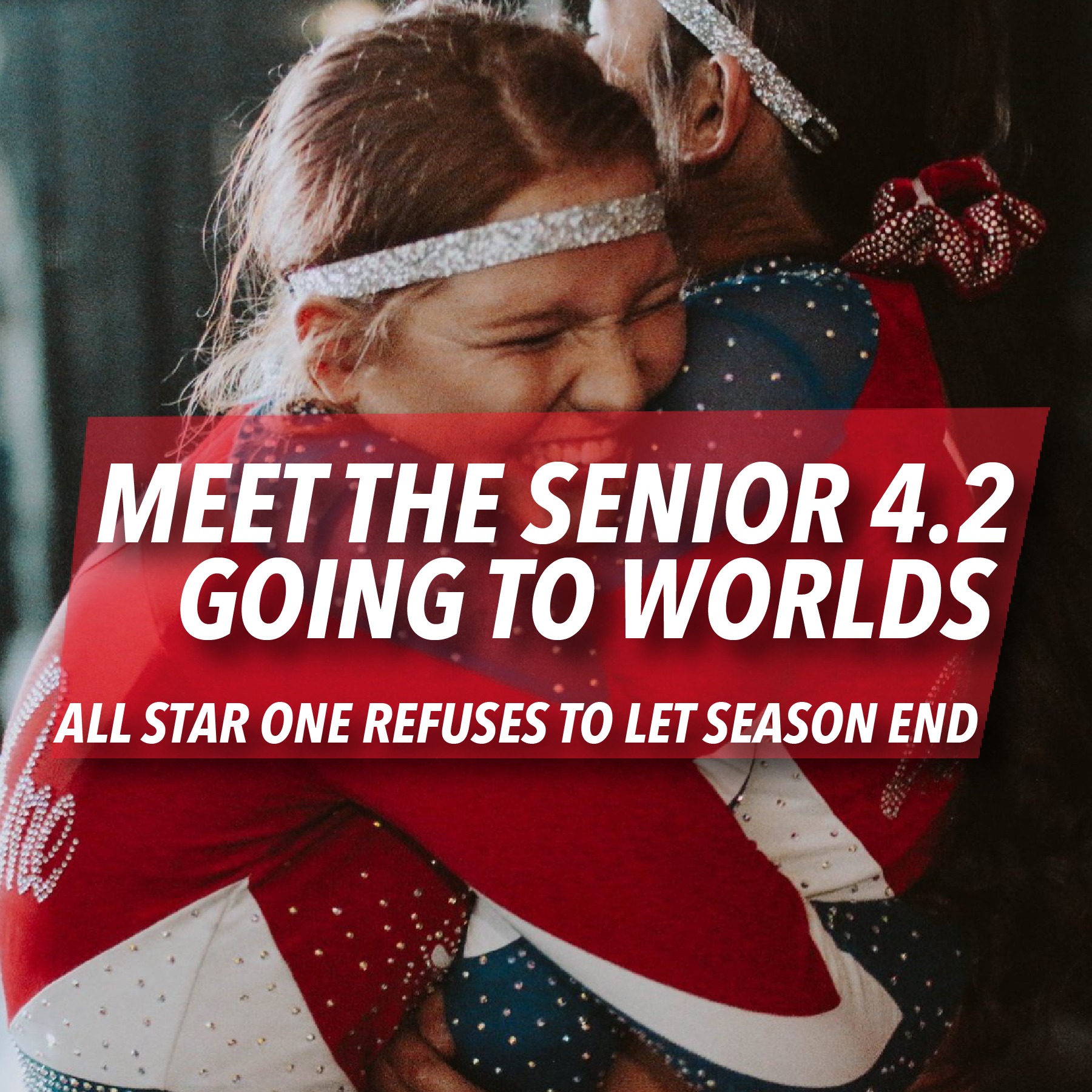 EGG HARBOR, NJ — All Star One, is a regionally well known competitive all star cheerleading program located outside of a once bustling Atlantic City, in Egg Harbor, NJ.  Having taken multiple teams to The Cheerleading World Championship, the program is no stranger to the sport’s biggest spectrum. 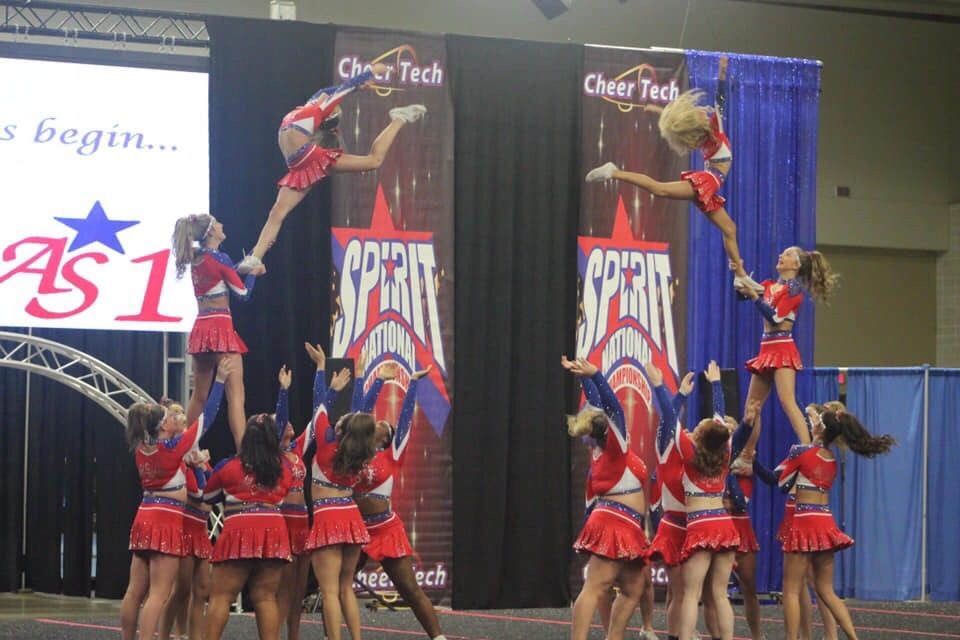 Meet team, Explosives, the program’s Senior 4.2 team, who became one of the pinnacle stand-out teams at the South Jersey based gym.  Coach Tori Tolerico, elaborated on the team’s history explaining, “that after being one of the top teams in the gym, and successfully reaching The Summit in 2017 and 2018, making the team became a honor.”  The expectation to live up to the reputation that the team has created for themselves over multiple seasons, Tolerico says “we are very hard on them and expect a lot… but at the end of the day they are thankful for us and their team.”  This love and adoration for their teammates and the sport earned them the nickname, “The Besties”. 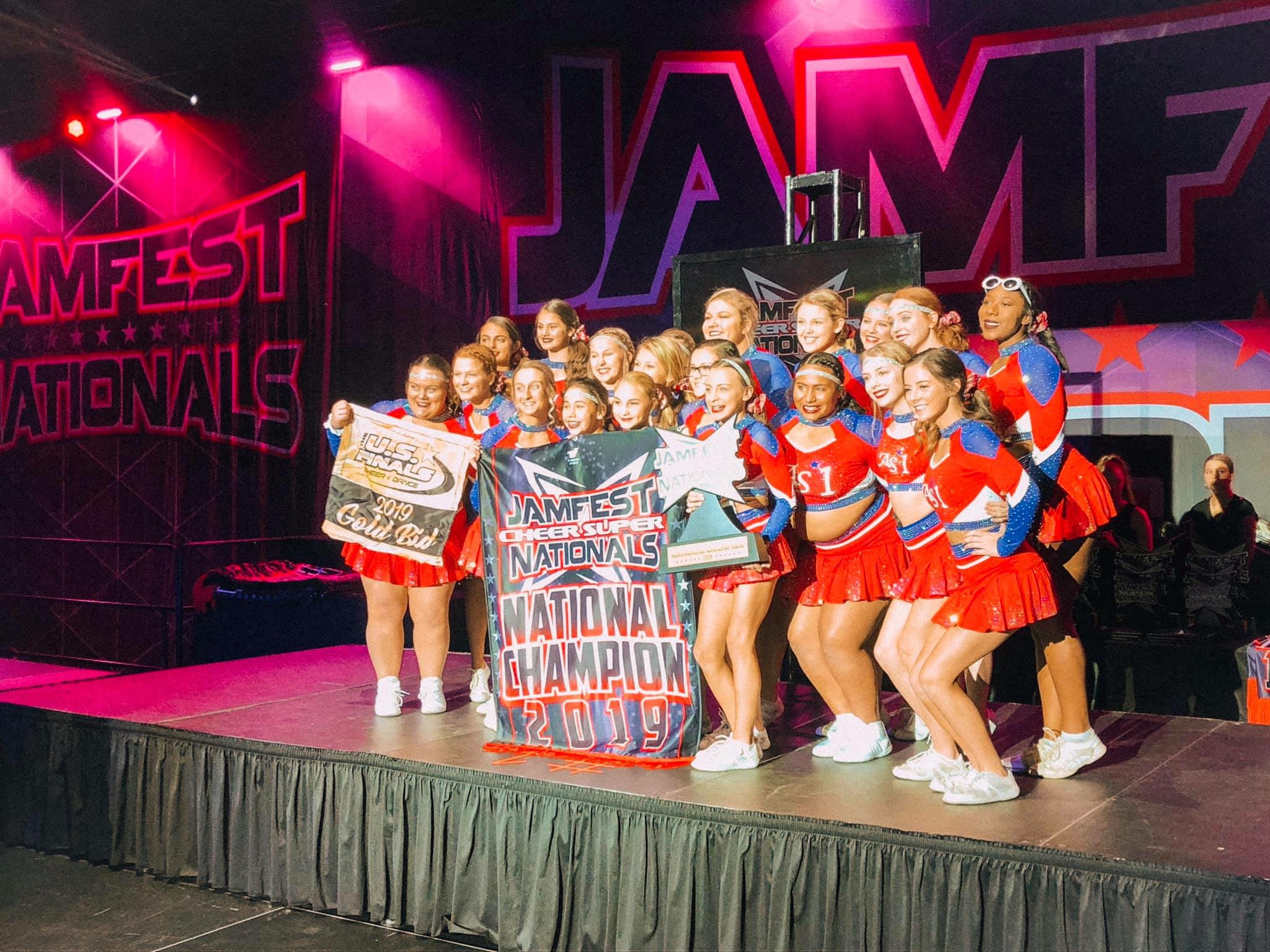 Explosives as a Senior 4.2 team in the 2018/2019 season, by all accounts executed a fairytale of a season if you could imagine one.  The team managed to “Hit Zero” at every competition from December 9th, 2018 through their final event at One Up Championships which concluded on March 31st, 2019.  The team was so reliable and strong, Tolerico tells us “they were the only lower level team that our program has ever taken to NCA All Star Nationals in Dallas, TX”.  A highlight of their successful season was found in a championship win at the JAMFEST Cheer Super Nationals held in Indianapolis, IN.

Like many teams, the end goal remains on the horizon from the onset of the season.  Explosives having successfully earned bids to compete at Varsity’s The Summit, an end of year championship, in both 2017 and 2018, thought surely the time would come granting them a return trip in 2019.  Despite all of their success, and consistently strong of showings across multiple large competitions, like many teams in cheerleading today, a Summit Bid eluded them.  As the competitions on the team’s calendar dwindled, and the end goal seemed even more out of reach, the team made a decision that would completely change the direction of their amazing season.

Tolerico explains, “the plan was always to take Senior 4.2 into the International All Girl 5 Non-Tumbling Division in the 2019/2020 season.”  While she admits as the competitions came and went, and no Summit Bid presented itself that the team contemplated adding competitions to up their chances of making a third consecutive Summit appearance.  Finally, after the Mid Atlantic Championship, in Wildwood, NJ in mid-March, it became evident based on scores that a Summit Bid would not be coming their way.  All Star One completely flipped the scrip, going all in on their plan to completely overhaul the Explosives routine, and debut at One Up Championships in the International All Girl 5 Non-Tumbling World’s Division.  Tolerico explains “we revamped the stunting portions, pushing the athletes just slightly out of their comfort zone – and each time they rose to the occasion.”  Over nine hours, the strong Senior 4.2 team evolved ready to emerge with their “Hail Mary” of a play.

The team traveled to Nashville, competing as Explosives the Senior 4.2 team full at 11:00am, and then again at 6:00pm as Lady Bang, the gym’s newly created International All Girl 5 Non-Tumbling team.  Their gamble paid off big in Tennessee, the team scored a 95.8% perfection at One Up Championships and earned the highest scoring Non-Tumbling team at the event.  The team was awarded a bid to compete at The 2019 Cheerleading World Championships!  Tolerico says of her team, “this team has worked so hard all year, and I am so excited that their hardwork is finally paying off.”

Twenty “besties” (athletes) on team Explosives/Lady Bang, will take on the World for the first time together at the championship held in Orlando, FL. Follow the team’s journey at The Cheerleading World Championship online via Twitter and Instagram. 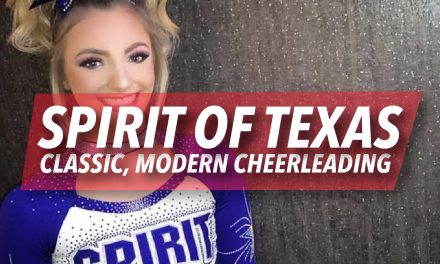 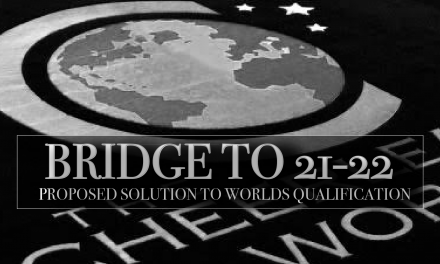 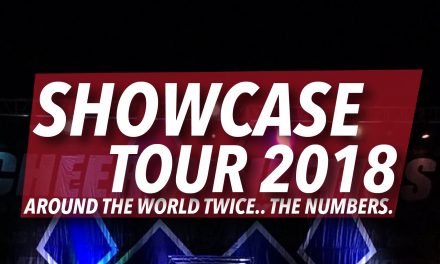 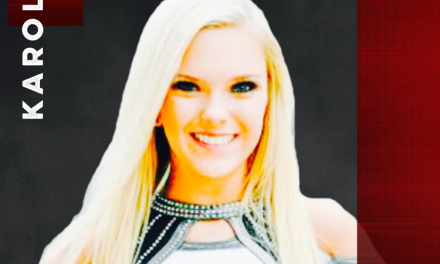